ArkLaTex gymnast secures herself a spot on the 2021 U.S. Junior Women’s National Team

“Now she is in like the top 5 in the United States in the junior age division,” her coach says

By Fred Gamble and Curtis Heyen

TEXARKANA, Texas (KSLA) — An ArkLaTex gymnast has attained a high goal but says her aim is even higher.

“Now she is in like the top five in the United States in the junior age division,” said her coach, Loyd White.

The Texarkana teenager has qualified for the 2021 U.S. Junior Women’s National Team.

Last week, Joscelyn competed in the Winter Cup at the Indiana Convention Center in Indianapolis and placed first on balance beam, second all around and third in the floor exercise division. (Ella Kate Parker, 13, of West Monroe, secured the junior women’s all-around title.) 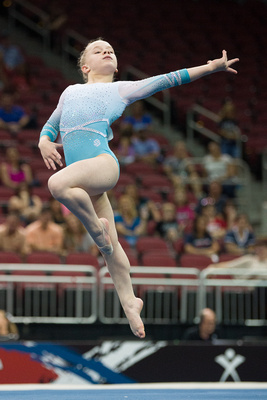 “It’s super exciting and I had a lot of fun,” she recalled. “And now I go to camp this week.”

Joscelyn has trained as a gymnast for 12 years and came to White’s club at the age of five.

Her coach said he knew early on that she would be good. “She is a very motivated, extremely talented young athlete.”

Joscelyn told KSLA News 12 that being on the U.S. Junior Women’s National Team is an honor but she hopes to reach higher goals.

Her next stop is the U.S. National Team camp in Indiana, where she will train with other elite gymnasts in the country, including those on the Olympic team.

“Oh, my family, they are super excited. They love it, especially my Dad. He has so much fun watching me and supporting me,” Joscelyn said.

One killed in Lindale hit-and-run crash